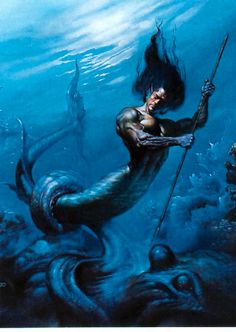 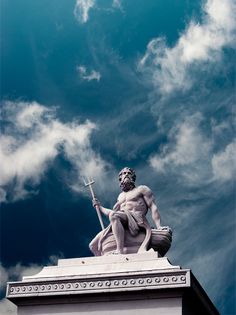 Poseidon, for Troll Lord Games' Castles & Crusades: Of Gods & Monsters by Jim Ward. Poseidon is the god of the sea, depicted with his signa... Greek god- Poseidon 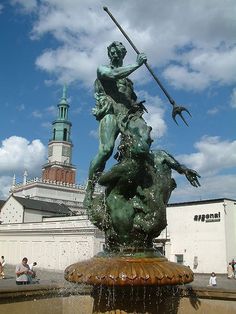 Photo of Neptune in Poznań, Poland. for fans of Greek Mythology 11300227 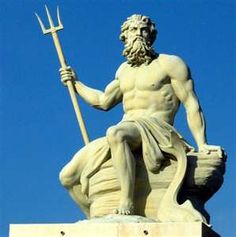 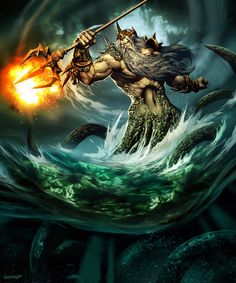 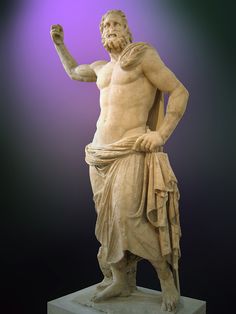 Poseidon - Greek : Poseidon or Posidon (Greek: Ποσειδῶν) is one of the twelve Olympian deities of the pantheon in Greek mythology. His main domain is the ocean, and he is called the "God of the Sea". Additionally, he is referred to as "Earth-Shaker"[1] due to his role in causing earthquakes, and has been called the "tamer of horses" 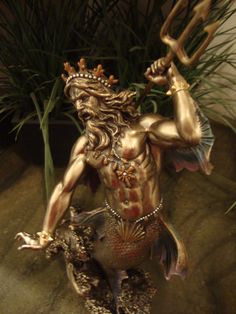 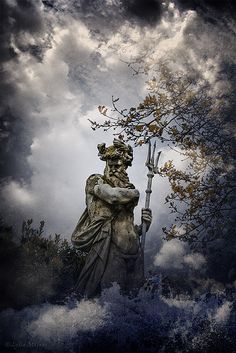 darkface: “ Poseidon The Greek god of sea, water, earthquakes, and horses. Adopted by the Romans as Neptune. ” 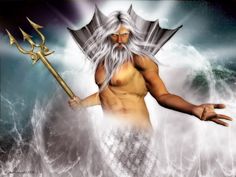 POSEIDON - Greek god of the sea